Hello everyone out there as always it’s good to see you. Welcome to my latest blog post: Fashion between the panels: Mo’better blues , by the way just incase you’re not yet familiar with me I AM JMADDD STYLES. For todays Fashion between the panels, im flashing you back to the 90’s , 1990 to be exact. When director Spike Lee came with probably one of his best if not the best of his films Mo’better blues. The film was visually great and had some of the coolest characters that I had seen put on screen in a movie. The question is what made it so cool ? Well if you ask me in my fashionable opinion it was the imagery, the fashion , and the musician lifestyle that went hand in hand with the fashion creating some very cool and memorable characters that would stand the test of cinematic and fashionable time. 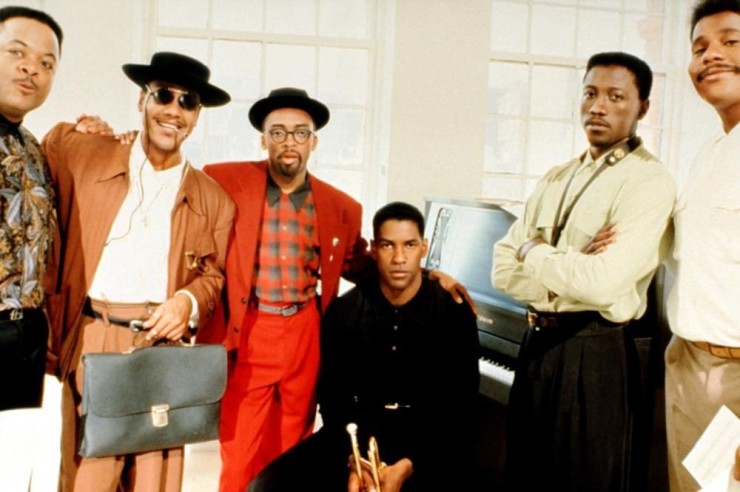 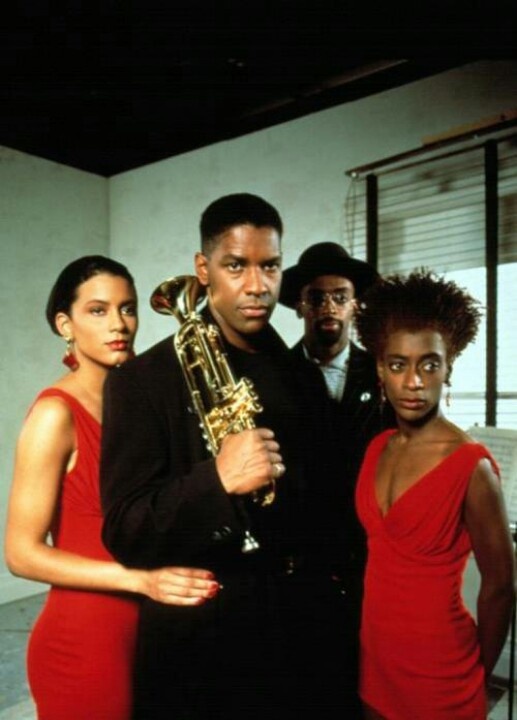 Now everybody in the film had major style adding to their character, but the major characters that the film focused in on were Spike Lee’s character: Giant , Denzel Washington’s character : Bleek , Cynda Williams character : Clarke and Wesley Snipes character : Shadow. Each of these characters were equally inspirational from a fashionable standpoint as well, so that’s who im going to focus in on to show how the fashion they displayed still translates as fashion forward looks for today ,with a few minor tweeks or changes. So to get started let’s take a look at 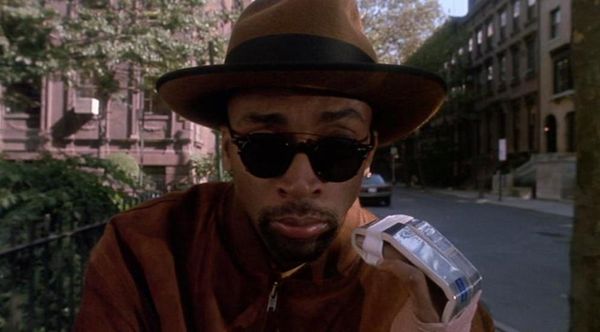 Giant was the manager of Bleek’s band although it often looked as though he was being taken lightly as a manager, he still had real style , the first look that I wanted to recreate to show the timelessness of the look , was the suede baseball jacket look above , as he scrambled down the streets of Brooklyn to escape the hitmen that were after him for his gambling debts. This look was so timeless that it didn’t require much changing when recreating it , a slight tweek to the style of hat , and added a crock skin ankle boot to really set the dress pants off with no cuff for a more modern fit.

The next look that I wanted to capture was the look that Giant (Spike Lee) was wearing on the iconic movie poster and album cover , the opening picture of this blog 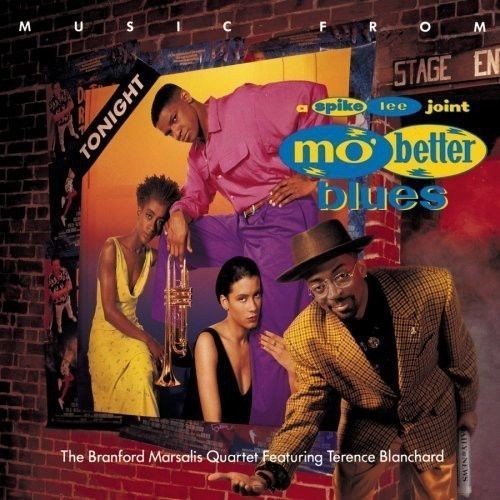 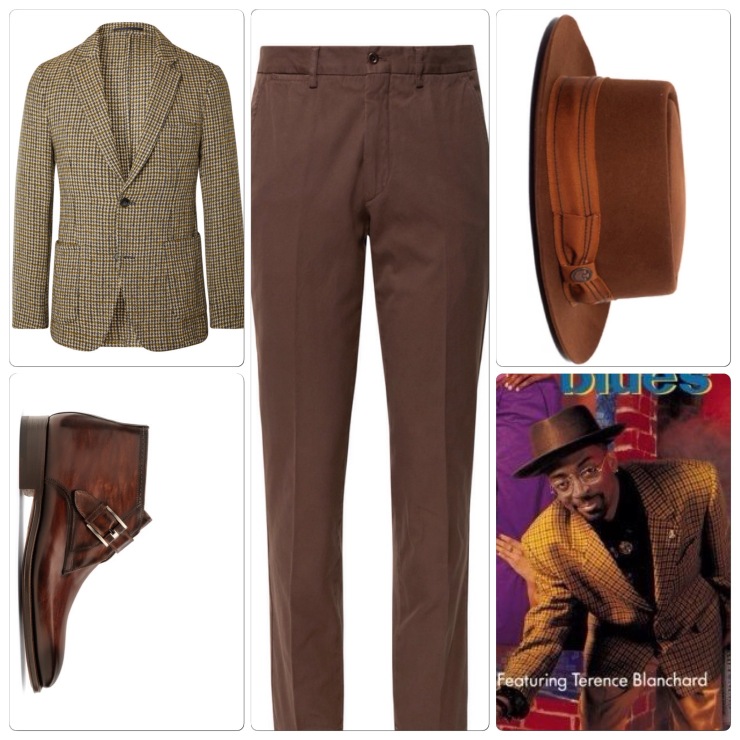 To Capture and restyle this look , I had to make a few changes, the look from the 90’s in the picture had a plaid or checked pattern with a mustard color pair of pants ( hot at that time) with a black shirt. To modernize the look , I gave the look a slight color change from mustard to more chocolate brown and beige as the accent color for the blazer. Im never a fan of black dress shirts , so I went with a cream color spread collar shirt , and kept the fedora to complete the look. 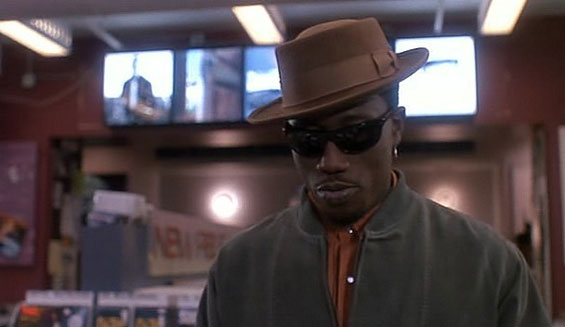 Similar to the 1st look that Spike Lee had on above , this too is a casually cool look with suede green baseball jacket , with a fedora to finish off the look.

To Restyle and update the look but give it the same feel , I went with a green seude denim style of jacket , kept the more cognac color brown for the shirt and pants and finished the look with a suede chocolate brown dress boot , then finishing the look once again with the signature fedora to keep the feel of the original look.

The next look is a bit of a step up to being more dressy , a classic black suit look with turtleneck. To restyle this look I wanted to go with a different shirt. Although I always like the look of a turtle neck and suit , but for the recapture of the look , 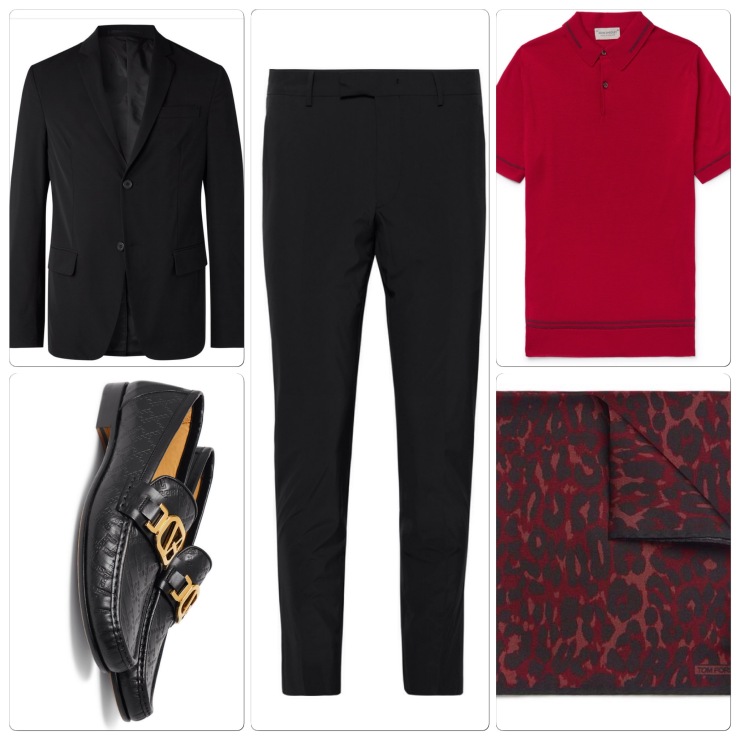 wanted to go with a designer polo shirt , an animal print pocket square and finished the look with a dressy casual designer loafer. Giving you the look from then but looking more completely now.

Now For this look Shadow is once again giving more of a dressy casual vibe , to recapture and update the look 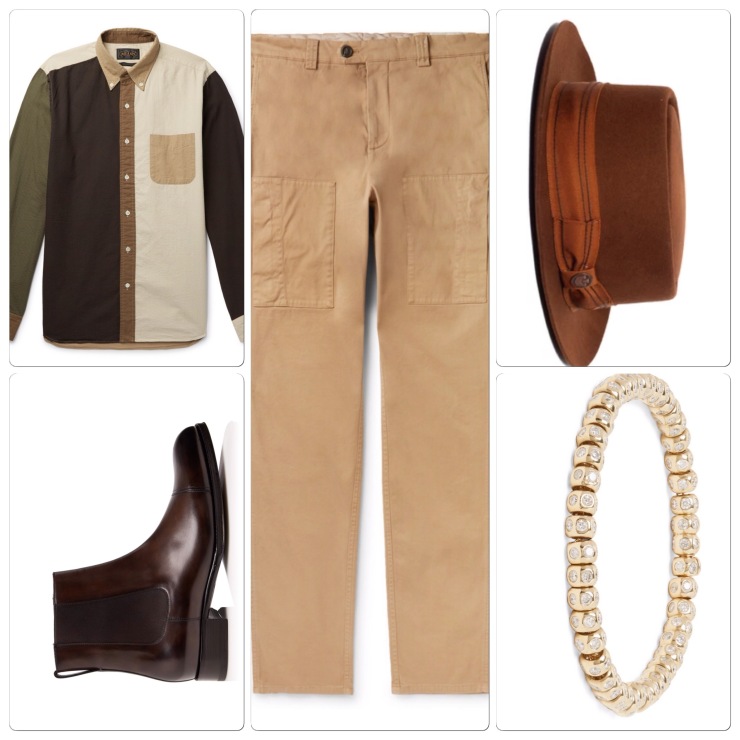 I kept the fedora, that’s always timeless, but I added a two toned button down , similar to the shirt being worn by Shadow, but to finish the look I added in a new dress boot beige dress pant to offset the colors in the shirt , recreating this look with a modern twist.

From The minute Cynda Williams ( Clarke) stepped on screen her whole style was undeniably noticeable, as she appeared at Denzel Washington’s ( Bleek ) door. That look that you see above is the first style of Clarke that I wanted to recapture and style. 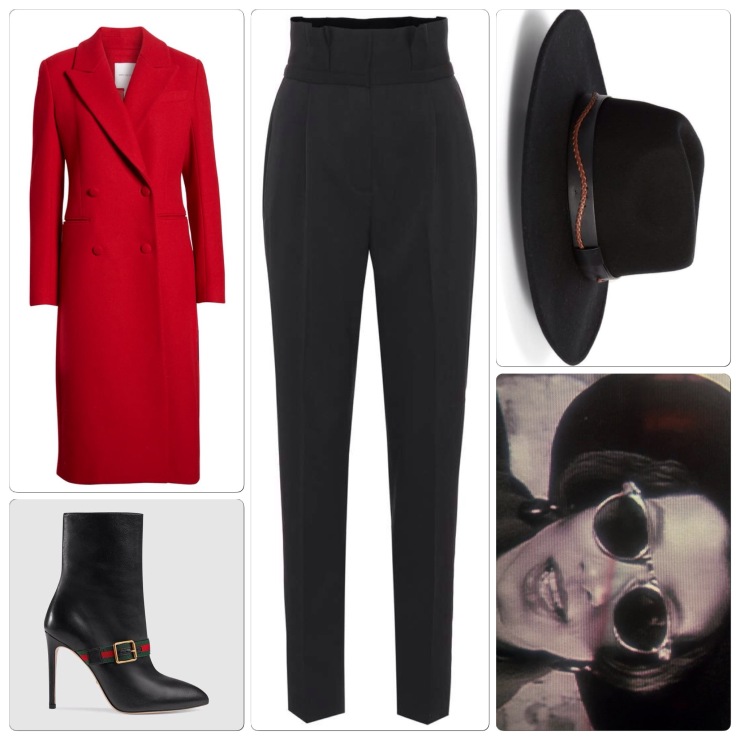 The Main focal point of the look being the red wool coat then the hat that is seen above , a women’s fedora or floppy hat. Since you don’t see the rest of the look from the waist down, the look is completed with a tailored pant a designer ankle boot and polka dot blouse or shirt. 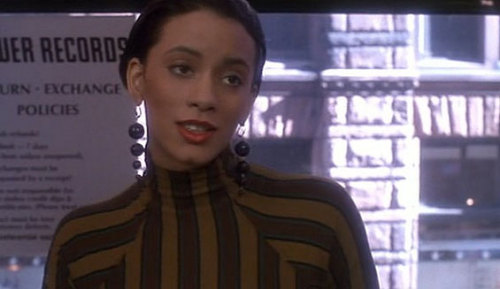 The Next look that really grabbed my attention years ago , is the famous record store scene with Clarke and Shadow, I captured Shadow’s look from this scene a few frames above. In this scene Clarke has on a bodycon striped dress , a classic look in itself that has never gone out of style. To recapture and restyle the look , I went with two different dresses for variety to give you the same look and feel from the movie , but tweaked the look just a little.

To Show you the look could be done with two different color dresses and slightly different style of dress , but the common thing is that both looks show you how to put Clarke’s look together in more than one way. But still give you the basic style. 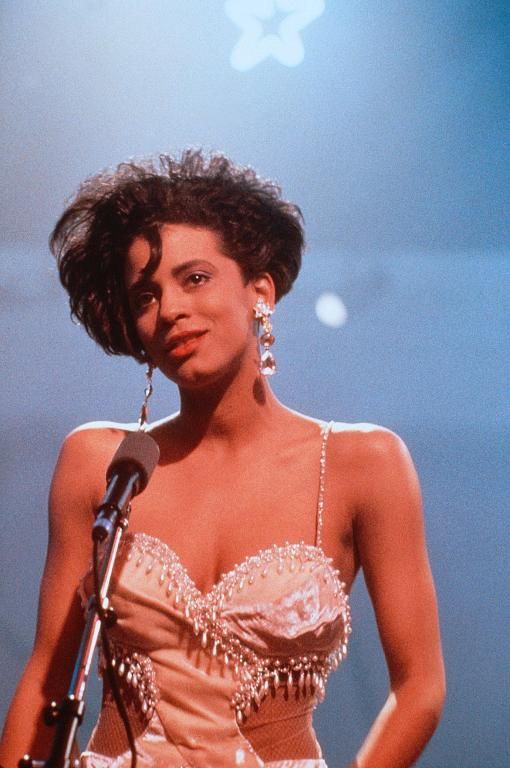 Then for her final look , the evening dress for her first appearance singing with the band, once again a perfect example of how the feel of a look can be done even if you change the dress to another style , the blue print and red carpet style is still the same. 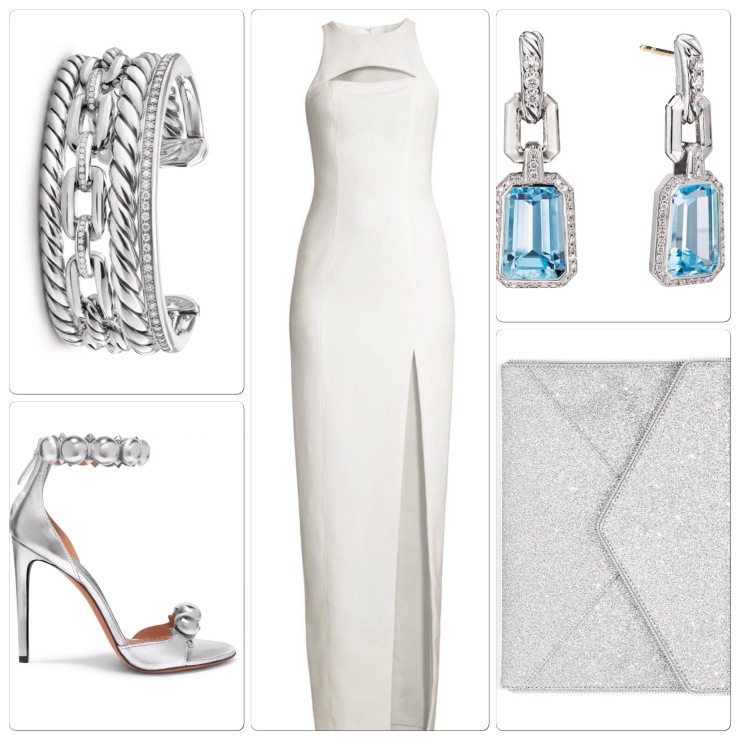 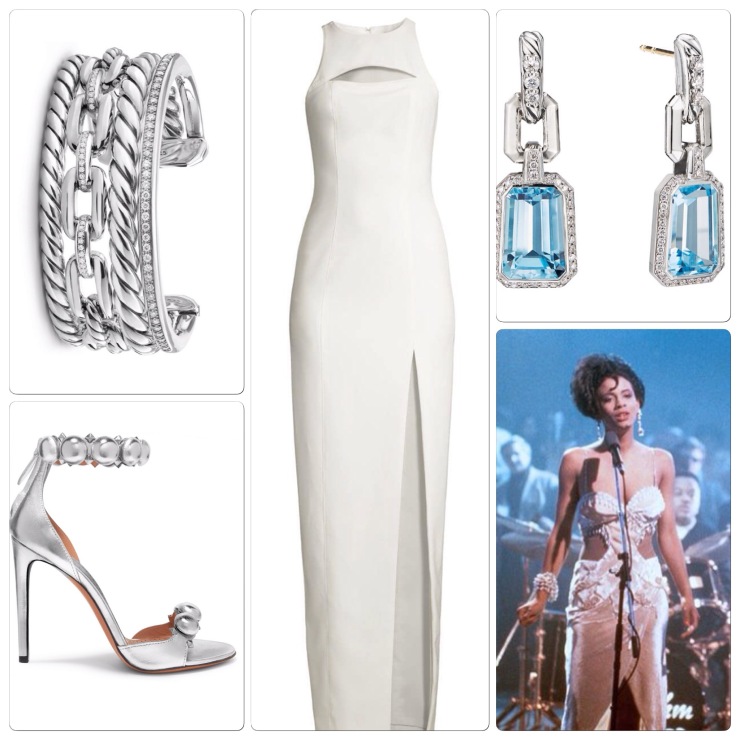 Creating a timeless look of both impeccable style and unforgettable fashion .

Every now and again, there comes along a movie with a character in it that comes across so cool that it leaves an impression in your mind of how cool , cool can be. Eddie Murphy did it in Boomerang and Denzel Washington captured the same type of cool in Mo’better blues , except the character was more on the artistic side and because of that side being displayed more his flaws added to the eccentric coolness. But what added to this was the image of the character, his fashion since came across as cutting edge and cool as he did , let’s take a look , starting with the first look above. 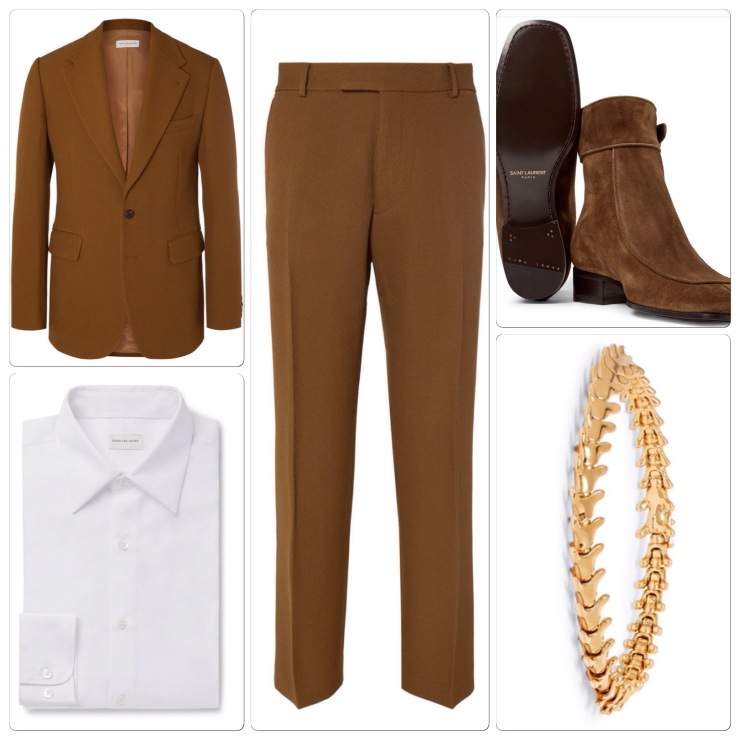 The look from the movie was a not so much orange but more of a rustic or rust color double breasted suit , with white dress shirt. As much of a fan of a good double breasted suit as I am , I wanted to recreate the look with a slight change. The suit that I went with was or is a two button single breasted suit , the colorway is in the same family , but a little darker , the dress shirt is white but a semi-spread collar for more of an expensive and right now look , that would look great with or without a tie. To finish the look a suede dress boot and a simple jewelry piece to bring the look full circle. That’s where fashionable improvisation comes in cause that’s the details you don’t see.

For the next look , staying with the suit theme , cause a good suit look goes a long way. I first showed Shadow ( Westley Snipes) black suit look , now to show the versatility of the look , im going to recreate Bleek’s black suit look. 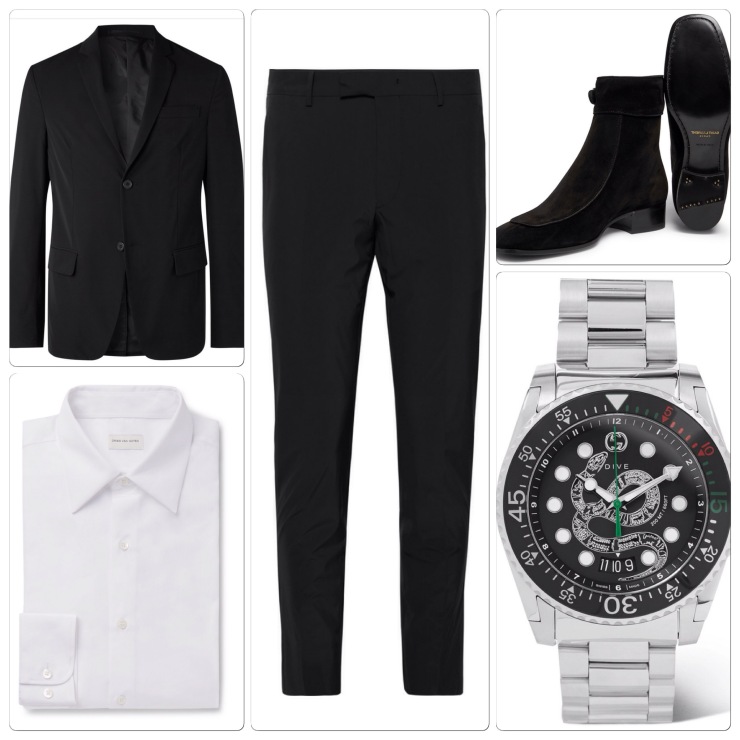 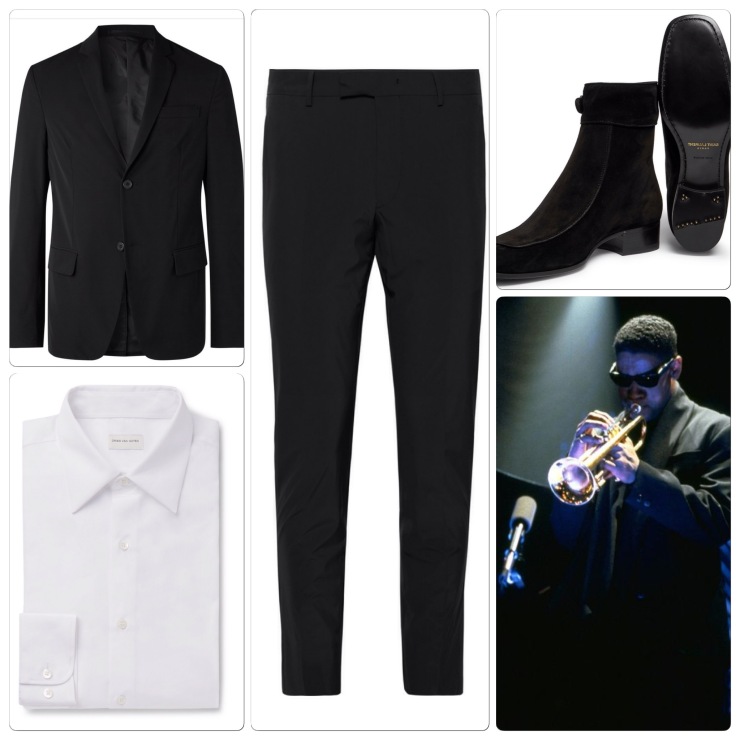 It’s amazing how a different persona , give a whole new look to basically the same style of black suit. The look for Shadow was more casually cool , but the look for Bleek is more on the smoothed out dressy casual side. Once again a semi-spread collar dress shirt , tie optional, this time the suede boot in black and to round the look out a pair of black shades lightly tented and a standout timepiece. These small details completely make another all different look.

Now I could have very well created more looks based around Bleek (Denzel Washington’s) character, but the variations I did for the two looks captured the Fashionable Likeness and Essence of the character perfectly, so im leaving it right where it is.

Well There it is , the end of yet another blog post , this has been Fashion between the panels: Mo’better blues and I AM JMADDD STYLES. Stay close ill be back soon with another all new blog post, that you don’t want to miss. However that’s it for now , so until the next time…IM GONE..!!! 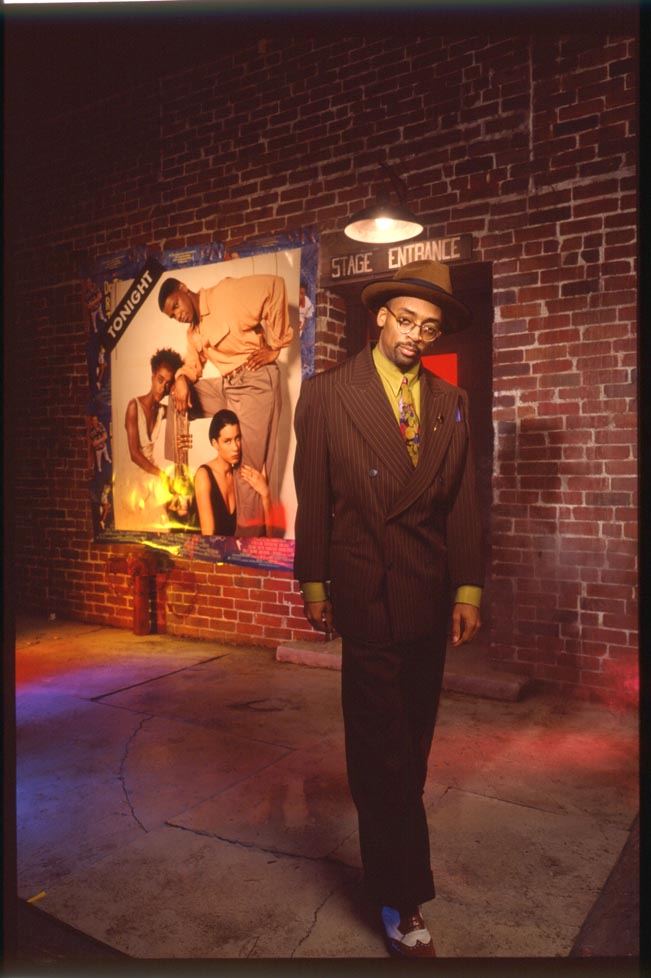